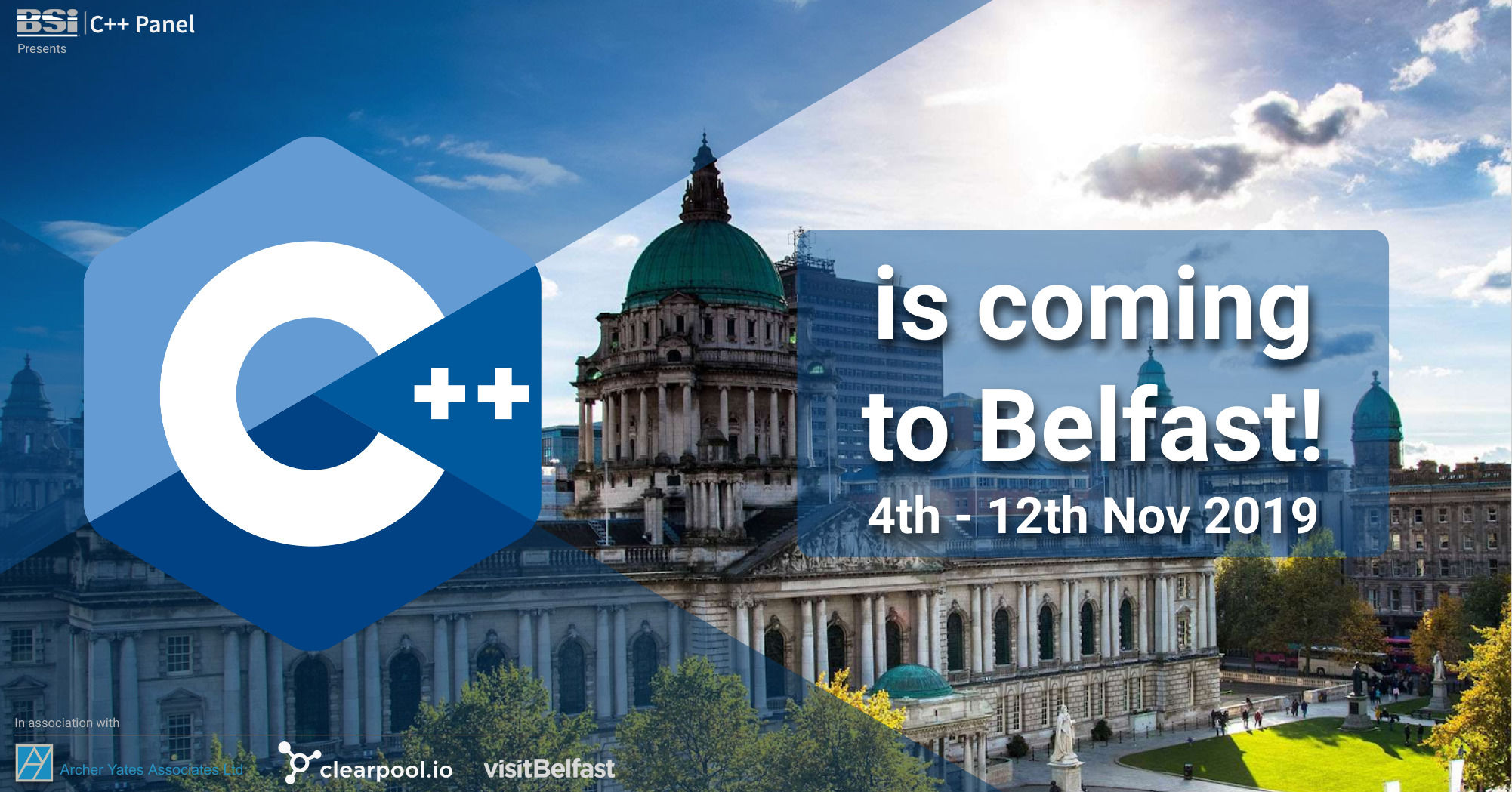 C++ is Coming to Belfast

Earlier this month (April 2019) on Wednesday the 17th I held the first meetup of the newly formed C++ . We were generously hosted by TP ICAP in their new Belfast offices in City Quays 2. As a brief disclaimer, wearing another hat, I spent the previous two and half years as TP ICAP's Head of Technology, helping to build their in-house technology capability and mature their view of technology in general. Much of the effort focused on finding great people to build a diverse and performing workforce, and secondly to help the company understand what it means to embrace technology as strategic enabler, something most non-technical companies struggle greatly with. It was nice to come back into the offices and see some of the great engineers that we managed to hire to support that vision and start TP ICAP on that journey.

On to the meetup though! We'd a great mix of people attend from a number of the C++ employers in the local Belfast market, companies like Johnson Controls, TSYS, TP ICAP, State Street, CME and of course Clearpool. Apologies if I missed any - I didn't get to speak to everyone after the talks so if I missed you reach out through the meetup group and I'll update the list. Hopefully we'll have an increasing representation from the local C++ community in the coming months as more meetup events are organised.

The meetup itself was split into two sessions. The first session was really an overview of the background to the upcoming WG21 meeting in Belfast this Autumn, from the 4th to the 10th of November, followed by a 2 day ACCU Autumn conference on the 11th and 12th. With the world's C++ experts in Belfast for a week the hope is many stay on to attend and talk at the ACCU conference. We've already received verbal agreement from a number of speakers but will announce more as time passes. There will also be a dedicated ACCU Autumn conference site lauched soon and I'll update when that's available.

Here is a link to the slides for that first talk at the meetup:

The next part of the evening was a talk on Algorithmic Architecture, an approach to develpoment that which works particularly well in C++, and in fact the end of the talk includes some C++ code to illustrate it in action. This talk was a slightly modified talk based on two previous talk I've given at JAX Finance, called the "The Problem of Finance" and at ACCU, titled, "Algorithmic Architecture: Performant Architecture in Evolving Regulatory Environments".

The synopsis of Algorithmic Architecture is that you seek to optimise at the highest level possible in your software system, that is at the architectural level if possible. By using discrete building blocks, exposing a vocabulary undertandable to developers and domain participants, and following a set of key design principles it becomes possible to design architectures that can be adapted to changing problem domains.