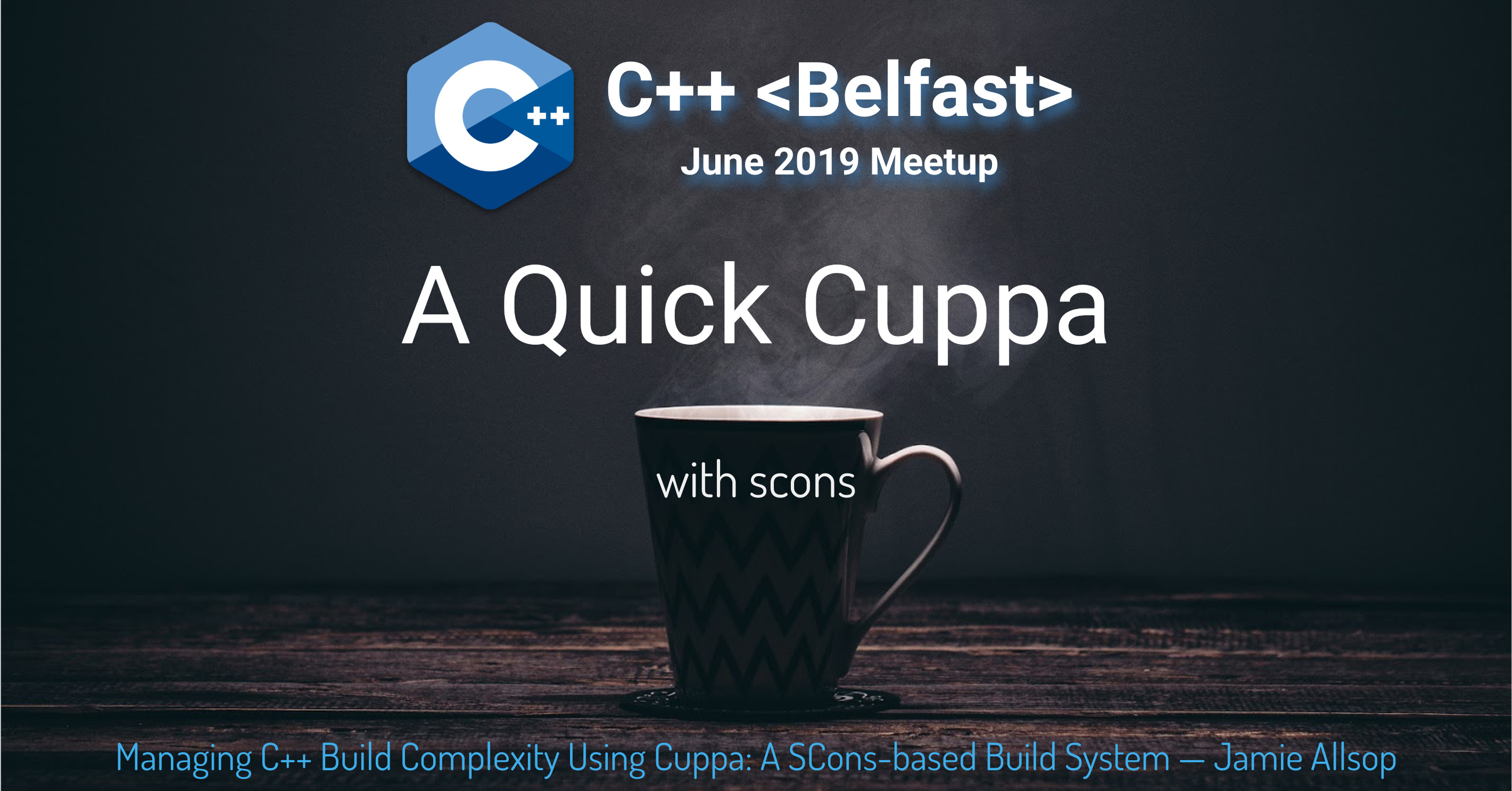 Last month (June 2019) on Thursday the 27th we held another C++ meetup, this time at the offices of Instil who graciously offered us the use of their space. Clearpool provided the food and beer with the help of Domino's Pizza and Tesco!

It was a beautifully sunny evening, but despite that we another good turnout of people - again a good cross-section of the local companies who employ C++ developers, such as Johnson Controls, TSYS, TP ICAP, CME, Stryker, Clearpool and this time around we had some new faces from Citi. If I missed any reach out through the meetup group and I'll update the list. Either way it was great to see some new faces and reconnect with others from the previous meetup.

The original plan for the meetup was to have three sessions:

Sadly though we ran out of time to get to Brian's talk so he gets to headline the July meetup instead!

I brought two signed copies of Anthony William's 2nd edition C++ Concurrency in Action book to give out to members of the meetup based on some arbitrary selection process which turned out to be:

That all said here is a link to the slides for a quick review of the ACCU Autumn Conference programme (not much to see in the slides themselves but more at the next meetup):

Now onto the the main part of the evening which was a talk on Cuppa, a modern SCons-based build system that supports some very interesting capabilities such as the ability to pull in libraries directly from repositories making revision based library composition a first class aspect of building your C++ systems. To read more about SCons checkout the SCons documentation and to read more about Cuppa check out the slides below: