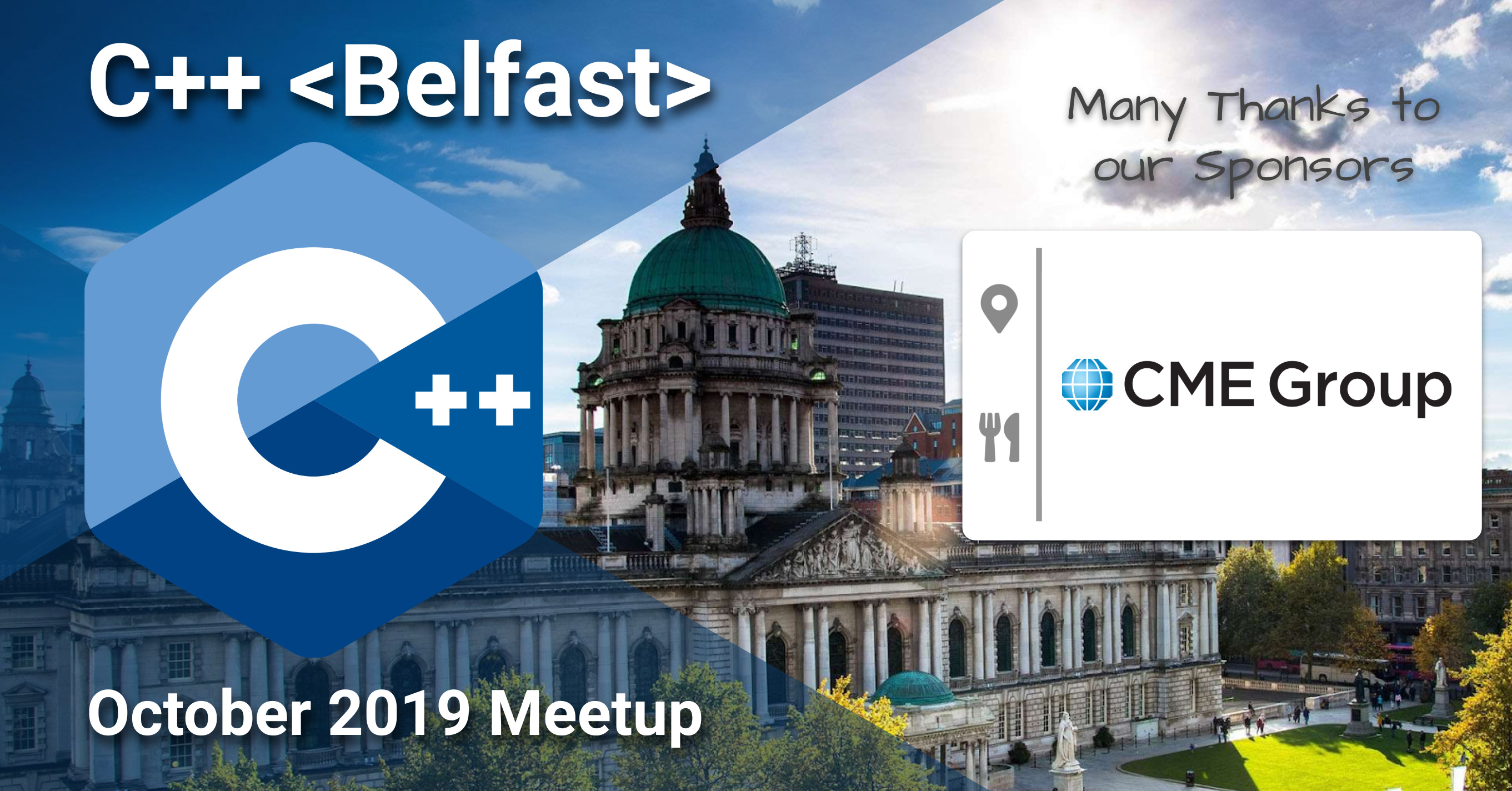 Last week (October 2019) on Thursday the 10th we held another C++ meetup, this time graciously hosted in CME Group's offices who also provided beer and pizza!

We had another great turnout for this meetup with some new faces. As is customary I usually give a round up which companies were represented at the meetup, so here goes... we had people from TP ICAP, CME, Clearpool, Citi, Stryker, Johnson Controls, Calnex, and Fidessa. As usual, if I missed any company just let me know in the comments and I'll update the list.

Now here is the roundup of the eveing!

As in the last meetup I recapped on the Belfast C++ Landscape initiative and presented a link to the online form which I'll use to capture the information submitted by meetup members. I'll also send this link out directly to members of the meetup.

Also, as in the previous meetup I spent a few minutes recapping the schedule for ACCU Autumn. We're only a couple of weeks away so get those registrations in!

Paul Fee from Johnson Controls kicked off the main event off with a presentation of the slides he'll give to the Library Evolution Working Group at the WG21 meeting here in Belfast on the week of the 4th of November.

As a preamble to the slides Paul spent a little time describing the proposal process and I also added in some context relating how the wider standardisation process itself works. As a dry-run for Paul's presentation to the commmittee everyone was encouraged to ask questions which led to a very interactive and fun session - which Paul handled very well!

Not everyone will have seen a C++ proposal so to put the slides above into context here is the paper it is based on.

We closed the evening with Charlie giving as a talk about the Kafka Data Recorder (KDR) application that he and a colleague built internally to handle the ordering and recording of billions of messages per day. Charlie's talk covered some proprietary information and so the slides cannot be made available here for public consumption. However I can include a picture of him delivering the talk and provide a brief synopsis which might be of interest to those who could not attend.

Here were my take-aways:

I suppose the main take-away was that a core, critical part of CME's infrastructure relies on the C++ KDR system that was built and it handles billions of messages per day!

Now for that photo... 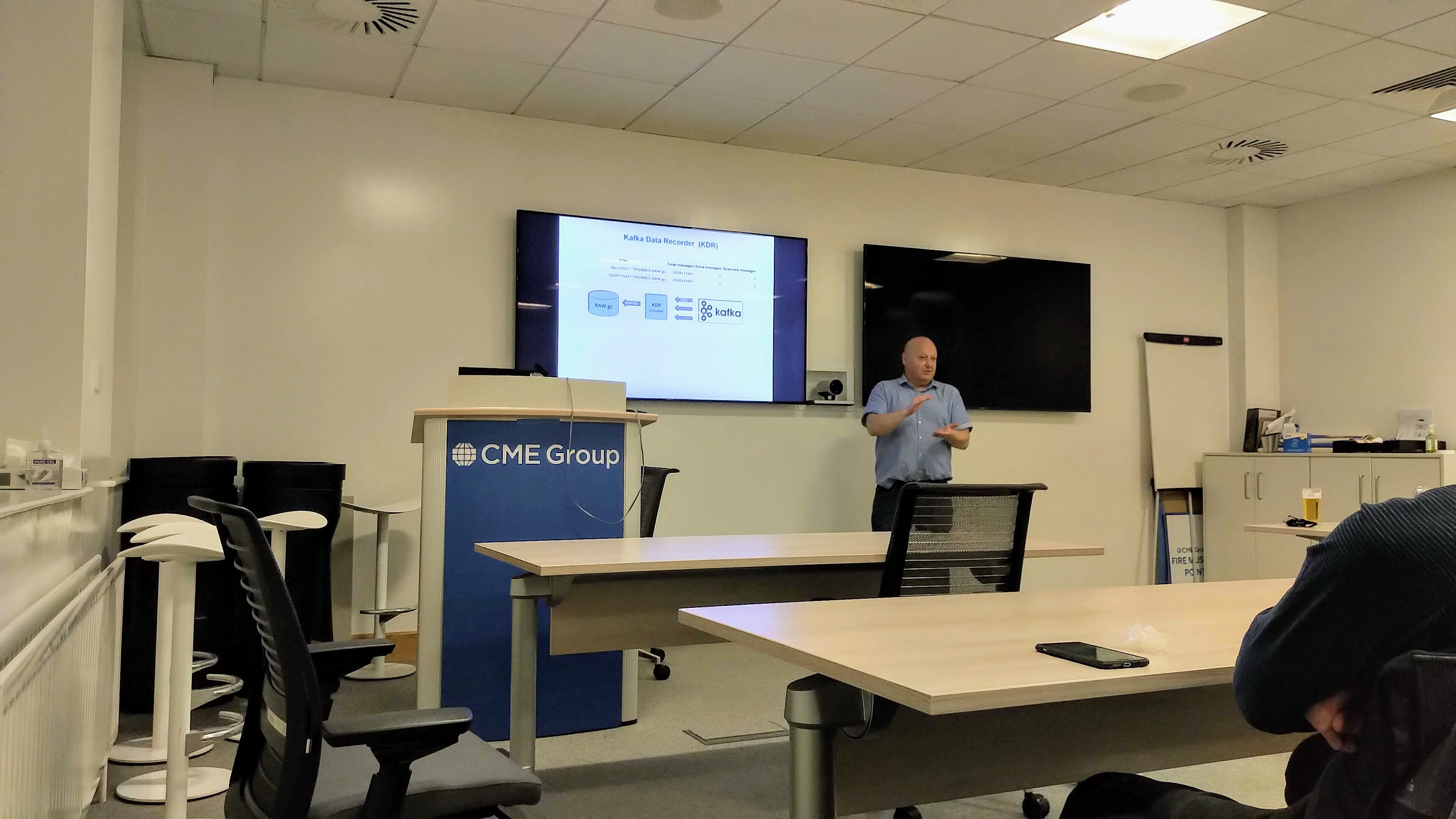